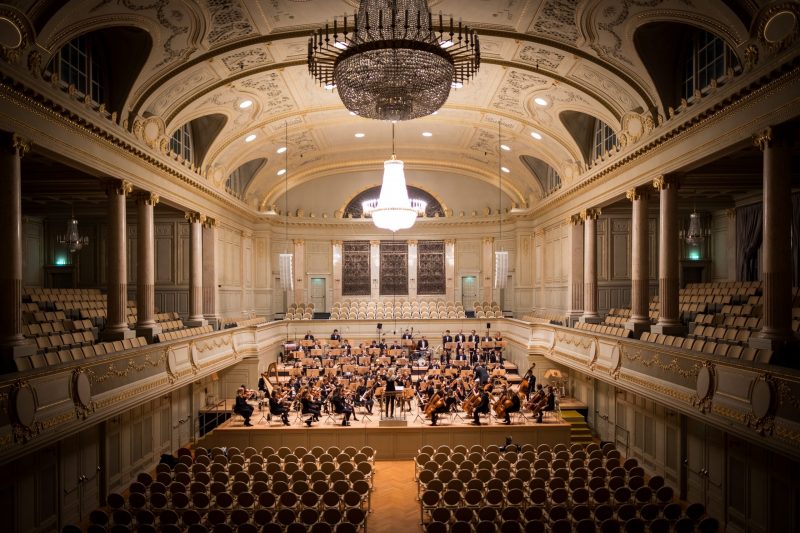 Perhaps you are enjoying A level Music and want to pursue the subject further? Maybe you are a keen musician who wants to study in a more academic way? If you have the academic potential and have a genuine love of music and the study of music, I hope that this short summary of my time at Oxford might encourage you to put in an application.

You might be wondering what studying Music at Oxford actually entails? At Oxford, the Music course in your first year of study introduces you to an exceptionally wide range of topics. You cover music history from as early as the thirteenth-century to contemporary music like hip-hop (honestly a lot more exciting than you might think!). While the format is similar to the A level syllabus (analysis, composition, performance), I would encourage anyone thinking of applying to read beyond the syllabus and explore ideas that you haven’t been taught. In your first year at Oxford, you will take a topic called ‘issues in the study of music’ that looks outside the generic conceptions of music. It investigates philosophy, politics and music’s impact on humankind – ideas that become central to the study of music in general. Before you apply, I suggest reading around these ideas in relation to music. It is only when you have a knowledge of these sort of issues that you can decide whether Oxford will really suit you and your way of thinking.

After the first year of study, your academic choice becomes a lot wider ranging. Final year topics range from choral conducting to editing scores. As an example, I chose to focus on history and politics related topics. For my finals papers I wrote a dissertation on elitism in opera, essays on music and capitalism, a discussion of Richard Wagner and theatre and an in-depth study of Stravinsky. At the opposite end of the spectrum, you could have chosen Boulezian composition, sacred music and techniques of composition – the choice is yours!

While there are a number of performance related options, it must be remembered that Oxford is not a music college (like the Royal Academic, Royal College etc). Despite the fact that a lot of the students on the course are highly skilled musicians (that is not to say you have to be by any means!), it is largely an academic study of music. Performance does not make up a large part of your degree. That being said, student run performances are plentiful. I performed in roughly one opera per term. If there is something that you would like to perform, being at Oxford gives you the resources to do so. Alternatively, there are hundreds of pre-existing societies, groups, orchestras and choirs.

Although there are some modules that do seem a little antiquated (keyboard skills..), the skills you learn are valuable in whatever you may end up doing in life. Even if you do not pursue a career in music, the hard work, self-reliance and dedication that Oxford teaches is applicable to all of the working world. Oxford is what you make it. Being at an institution such as Oxford with like-minded people and in a wonderful environment is an opportunity that one does not often come by. You have the ability to form your own societies, write your own papers and engage with the university and beyond. If you have a genuine interest in studying music for the sake of music, I cannot think of a better place than Oxford. While it is undoubtedly hard work, it is an experience that I think one would find it incredibly hard to regret!

Isabella studied Music at the University of Oxford, graduating in 2019. She is an Artist Administrator at the classical music agency Askonas Holt. She is the founder of the National Student Opera Society and sits on the committees of the Wagner Society and the London Ballet Circle. In 2019, Isabella was a recipient of the Richard Wagner Association Scholarship. Before her involvement in the arts, Isabella was a Member of Youth Parliament for South Norfolk.

Candidates with a keen interest in studying music can book a session with Isabella. Contact enquiries@privatetuitionclub.com or call us on 0207 427 6093 for more details.

Any cookies that may not be particularly necessary for the website to function and is used specifically to collect user personal data via analytics, ads, other embedded contents are termed as non-necessary cookies. It is mandatory to procure user consent prior to running these cookies on your website.